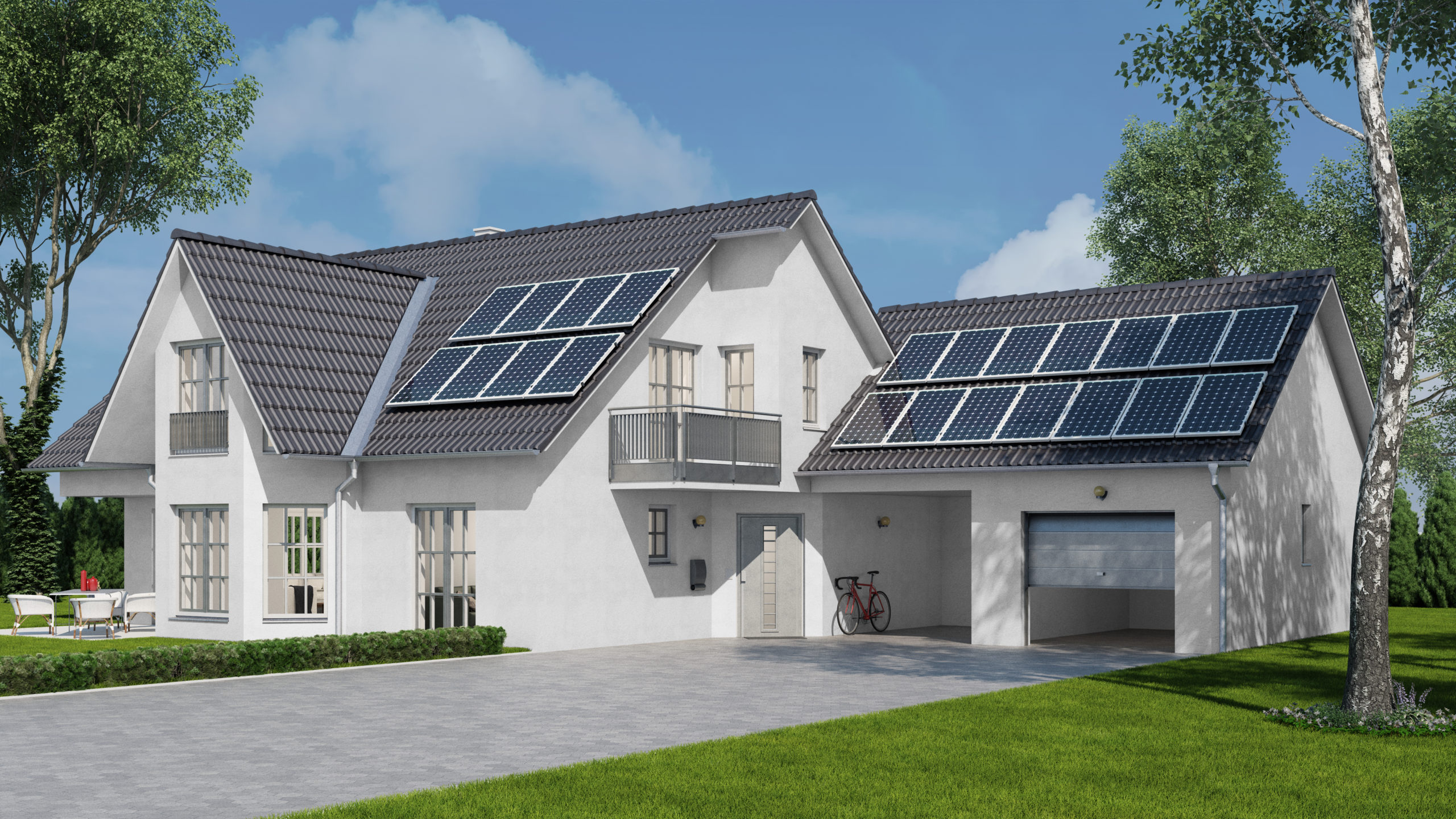 Home FAQ How Many Solar Panels Are Needed To Power An Average House?

How much energy does the average house use?

While house size is relatively straightforward, determining the amount of energy used by the average house is a bit trickier. The answer depends on whether somebody lives in the city or the country, how fuel-efficient their house is, and the climate.

How much energy does a solar panel produce?

The answer to that question depends on three things: the solar panel’s size, its efficiency, and how much sunlight it gets. The average solar panel designed for residential use is around 65 by 39 inches, while those designed for commercial buildings are typically a bit larger.

Solar panels consist of squares called “cells” that are connected to one another by wires. The cells convert the sunlight to energy. Over the years, people have improved the efficiency of solar cells to make them an increasingly feasible way of powering a house.

Back in 1954, the average solar panel had an efficiency of 6 percent, which meant only 6 percent of the sunlight it collected was converted into electricity. An average-sized solar panel, which was the same size as a modern solar panel, produced a minuscule 20 watts, or 1/3 of the energy needed to power a 60-watt lightbulb.

A modern solar panel, by contrast, has an efficiency of 18.7 percent and can produce 320 watts and thus provide enough electricity to power a little over five 60-watt lightbulbs. Some high-end solar panels are even more efficient, but they are also more expensive and are generally only used if the homeowner doesn’t have a lot of space.

Most places in the United States collect only about four hours’ worth of useable sunlight. That means a single solar panel could collect about 1280 watts or 1.28 kWh per day. If you multiply that by 30, you get 38.4 kWh per month – and that’s just one solar panel. Assuming a homeowner used the national average of 911 kWh per month, they would need about 24 solar panels to supply their house with electricity.

How To Connect Solar Panels To Grid?

What Direction Should Solar Panels Face?

How Do You Replace A Roof With Solar Panels?