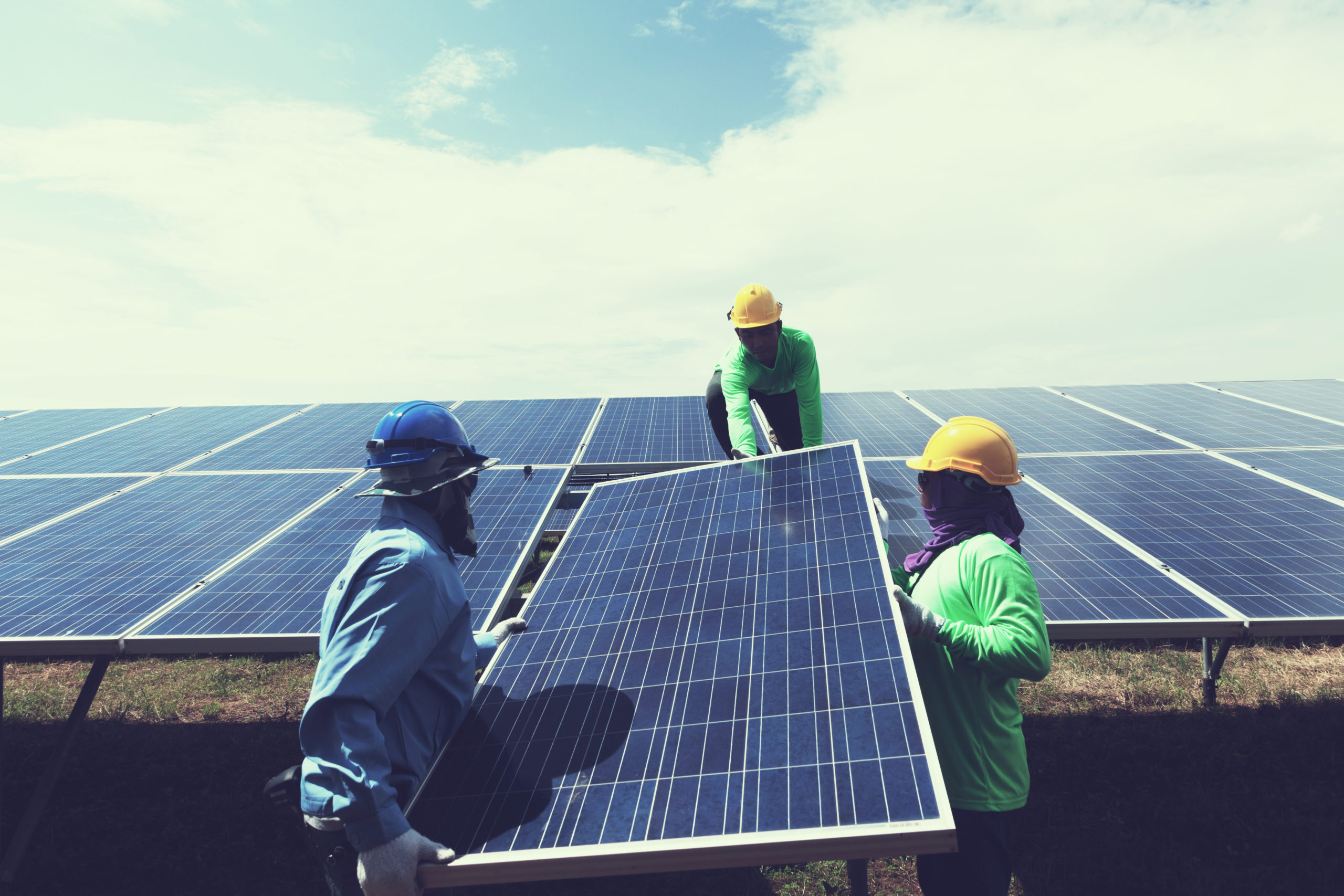 Home FAQ How Much Does a Solar Panel Weigh?

Most solar panels are constructed using a combination of silicon, glass, wire, and Plexiglas. The silicon is used to create solar cells which come in a few different forms. Solar cells, or photovoltaic cells, work by allowing photons to pass through a glass sheet and generate free ions in a medium encapsulated inside the solar panel. The medium inside the solar panel is usually comprised of silicon with a phosphorous sheet. Solar panels can vary in weight depending on how they are constructed, but they weigh anywhere from two to four pounds per square foot. The capacity for your house to handle solar panels depends greatly on the construction of the solar panels and the construction of your roof. Certain houses are better suited than others. For example, houses that already have a somewhat heavy roof with clay shingles will be less able to handle the extra weight than a house with solar panel shingles.

Another factor that should influence your decision to purchase solar panels is the age and year-long sun exposure of your house. If you live in a northern area with a lot of cloud cover, you may want to carefully calculate the expected energy savings that you will receive from your solar panels. Depending on certain factors, it may not be worth the investment. To contrast this, houses in temperate climates with lots of sunlight are better suited for solar panels and will generally see a higher value in energy savings.

Solar panels come in three different models. These three models are monocrystalline, polycrystalline, and thin film. Generally, solar panels are constituted of silicon, but depending on the construction they can also include other more expensive elements such as boron, copper, gallium, cadmium, arsenic, and tellurium. Extensive research is being done into the field of renewable energy in order to lower the production cost, return value, and effective lifetime of solar panels. Also, depending on the construction of your solar panel, they can be more or less efficient at converting sunlight into energy. As expected, solar panels that are better at converting sunlight to energy are generally more costly, but they also have a longer effective lifetime and expected return value.

Some of the best solar panels on the market are made by SunPower, Panasonic, LG, and Solaria. Solaria solar panels are currently rated as the most efficient solar panels on the market. They currently service most states in the United States, and employ engineers from NASA to better hone their product. Panasonic, which is currently ranked third in efficiency, has a long-established reputation in the solar panel industry and has been a leading competitor in the market since 1975. They are known for creating exceptionally lightweight panels, and offer a guarantee to their customers that their panels will have a longer-than-average effective lifetime which increases their cost-effectiveness considerably. They also employ some of the most stringent quality assurance standards in the world, and they perform rigorous performance testing throughout the manufacture process. Furthermore, they claim that their solar panels are able to perform effectively in extremely hot temperatures.

Cutting-edge environmental researchers are currently developing organic solar cells. Organic solar cells are made from organic polymers and semiconductors using polyphenylene and vinylene. These solar cells are intended to be some of the most efficient, lightweight, and cost-effective solar panels available, but they are currently not the most efficient. Still, this technology opens up the door to completely transparent solar cells that can be used as windows for skyscrapers and office buildings. This has the potential to completely revolutionize the economy of environmental friendliness, and they can make renewable energy more freely available than ever before. Some researchers have also created solar cells which are able to change how much light they absorb. Solar panels built with this technology can tint themselves at will, and are able to serve as substitutes for traditional window blinds and curtains.

How Do Solar Panels Store Energy?

How Much Sun For Solar Panels?

What Size Wire For Solar Panels?

What Direction Should Solar Panels Face?