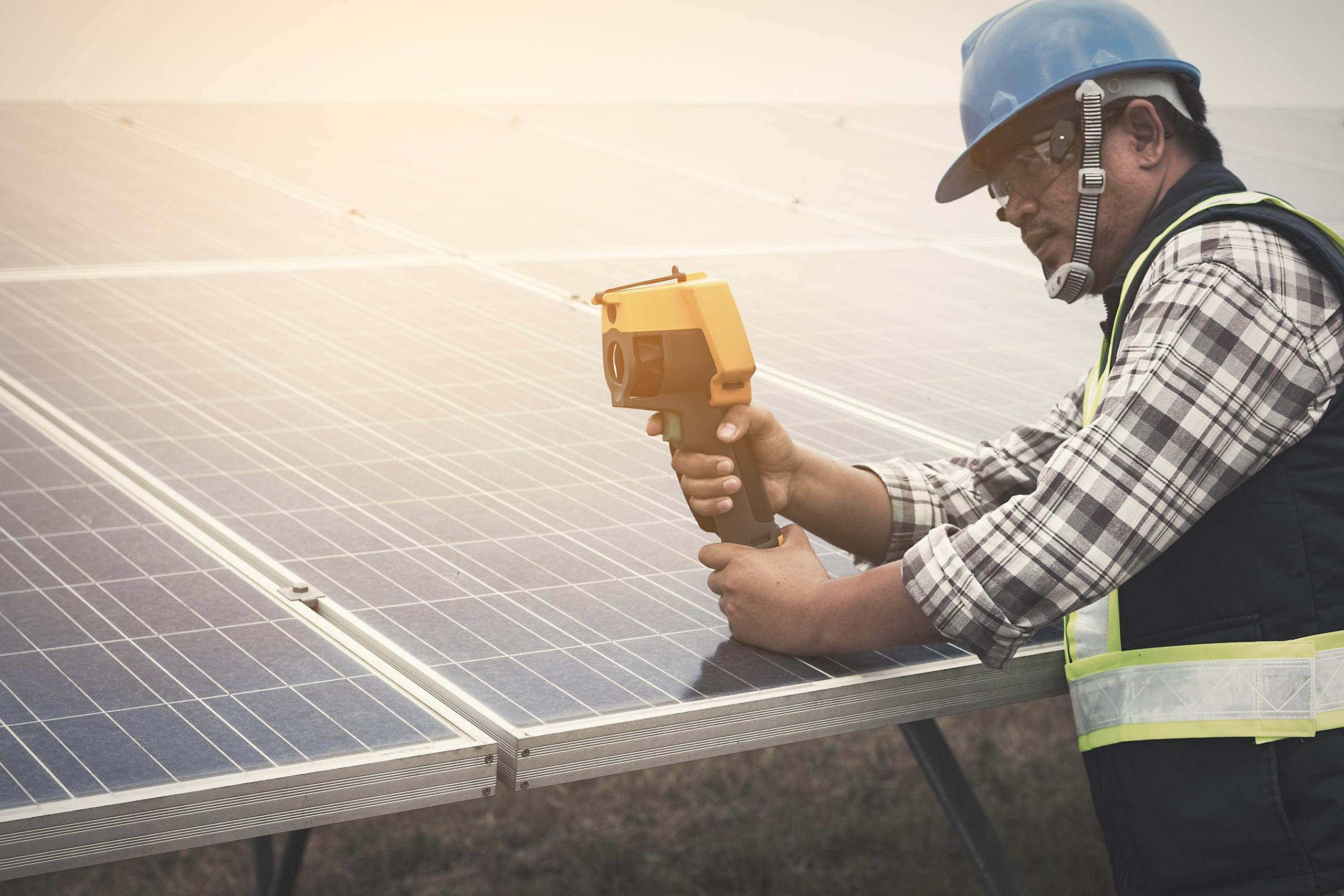 Home FAQ How To Test a Solar Panel?

The first modern solar panel was invented by Russell Ohl, bringing the solar cell layout into widespread use. Residents of at least six states spend less money on electricity sourced through solar panels than sourced through the traditional, government-operated electricity grid. In the next few years, some 13 states are poised to experience grid parity, the aforementioned occurrence in which alternative energy sources like solar panels are cheaper to implement, use, and maintain than the electricity grid.

Considering the fact that solar panels aren’t cheap, you should always test each and every solar panel you receive from manufacturers. Failing to do so can result in you missing out on the opportunity to obtain refunds or receive fully-working products from manufacturers of faulty units. With the cost per watt of  solar panels in the United States averaging about $3.00 per watt, a modest 3″ by 5″, 250-watt solar panel can easily cost upwards of $850.

Good Thing You Know How to Test a Solar Panel, Right?

Maybe that wasn’t as funny as I thought it was.

Since you’re reading this article, you are likely seeking step-by-step instructions on how to test solar panels. Fortunately for you, testing the true efficiency of solar panels you’ve received as compared to their advertised efficiency isn’t difficult.

Here’s What You Will Need to Correctly, Accurately Test Solar Panels

Never install solar panels before testing them. Solar panels aren’t indestructible by any means, increasing the likelihood of them breaking as you handle them. As such, test the solar panel by setting it on the ground, a table, or another similarly sturdy object.

If you didn’t already know, voltage is an electrical force that pushes a current between two points.

To test your solar panel’s voltage as expressed in volts, place the red lead against the positive wire on your solar panel. Without letting go of the red’s location, press the black or negative lead to the negative wire found on your brand-new sunlight-capturing device.

The reading, as expressed in volts, should be within a few digits of 60 volts. If this does not sound like your solar panel, its output is unarguably damaged.

Now it’s time to test the same solar panel for amperage as expressed in amps. Again, the solar panel needs to be in full-on, direct sunlight.

Turn the dial on your multimeter to amps. Now, touch the red lead against the panel’s positive wire. Next, while maintaining the prior connection, place the black lead on the negative wire.

If your solar panel is in solid working condition, the output from the aforementioned test should be close to 3.5 amps. If the Sun isn’t as bright as it can possibly be that day, a fully-functional solar panel could return an approximate minimum of 3 amps. Either one of these readings means that your solar panel is doing just fine.

Lastly, make sure to take note of the voltage and current readings. In this case, our two numbers were 60 volts and 3.5 amps.

Multiplying these two values together results in you discovering how many watts your solar panel truly is good for at its maximum capacity. The figurative solar panel that was just tested has a wattage of roughly 210 watts.

Where Does Solar City Get Its Solar Panels?

How Long Does It Take To Heat A Pool With Solar Panels?